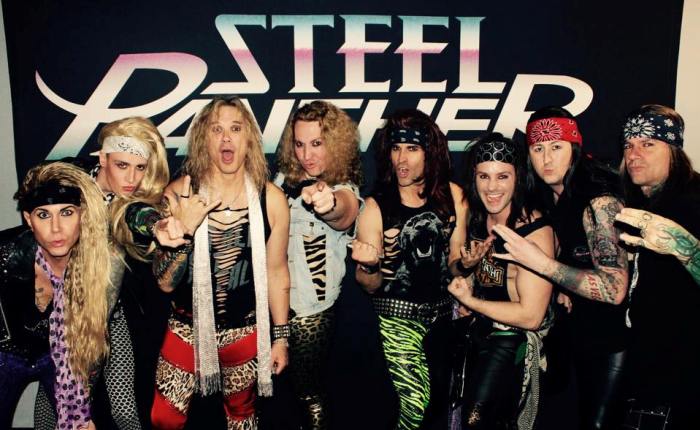 WARNING! Stay away if easily offended!

On 12th December, the high-octane whirlwind known as Surreal Panther is due to hit Real Time Live.

If you’ve never witnessed this particular brand of rock, or seen a performance by their namesakes Steel Panther before, we feel we should issue a very serious warning… Please stay away if you’re easily offended!

Surreal Panther is a group of local Derbyshire-based musicians that have formed a realistic tribute to the worldwide sensation Steel Panther, and have even played onstage together with the real thing at a performance in Leicester earlier this year (watch the video here). 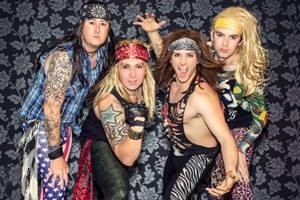 For the uninitiated, Steel Panther was officially formed in 2008, most of its members actually starting out in tribute band themselves (vocalist Michael Starr giving David Lee Roth a good run for his money alongside guitarist Satchell in Van Halen tribute Atomic Punks).

Their songwriting skills and musical talent, combined with their natural comedic onstage banter, soon led to success in their own right – first as Metal Shop, then Metal Skool – before becoming Steel Panther.

But if you’ve never heard of them before, how can we introduce you to Steel Panther?

One reviewer of their 2014 appearance on the main stage at Download described the band as ‘a glorious ray of smut-filled sunshine‘ and said:

“The best way to describe Steel Panther is if you took all the quality hair metal bands of the 80s, sucked all the po-faced posturing out and replaced it with Carry On style humour.”

“It works incredibly well, which makes for a well balanced hilarious set that raises spirits and lowers tops…” 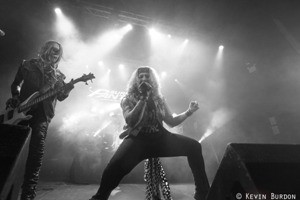 He’s not far wrong. Even though, on the face of it, their songs are lewd, loud and sexist, they’re delivered in such a ‘tongue-in-cheek style, the ladies still love it!

Imagine a riotous blend of hair metal riffs, power ballads, big hair, ripped tops, spandex and sleaze – with some of the cheekiest, dirtiest and most downright filthy lyrics you’ve ever heard. Steel Panther take everything that was cliched about the era and have the best fun with it – laughing hard at themselves into the bargain.

If you haven’t been lucky enough to see the originals, Surreal Panther will come a close second.

With an 80s-themed stage show featuring all the hits (check out Death to all But Metal as a starter!), good-natured banter, and even pole dancers in the form of the talented Hell on High Heelz, this will be an entertaining night not to miss. Book your tickets securely online now.

Just be warned – don’t play their stuff in front of the kids! 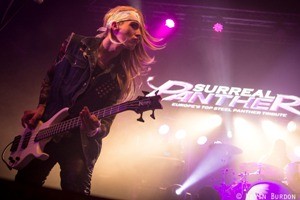 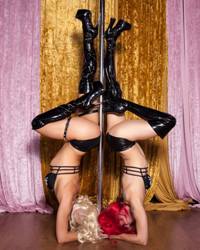