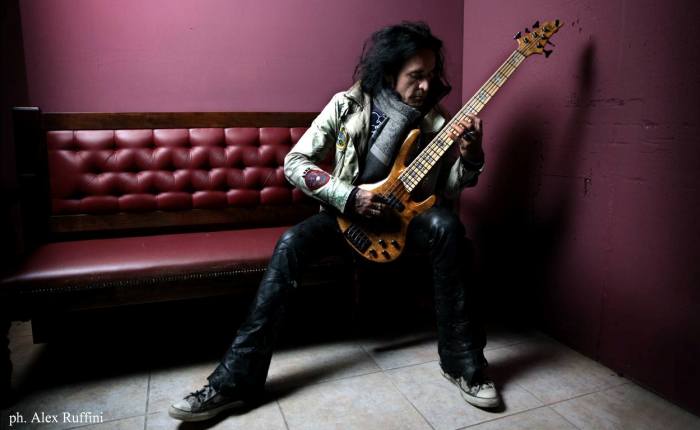 Usually known more for its crooked spire than its music credentials, Chesterfield is becoming a popular choice for musicians worldwide, thanks to local music venue Real Time Live.

The latest artist to announce a date at the venue is LA-based Marco Mendoza – bassist with the Dead Daisies, who has worked with Thin Lizzy, Whitesnake and Ted Nugent amongst others. Touring the UK with his own band in 2016, Marco will be performing solo material from his two albums alongside tracks from the bands he has been a part of – starting at Real Time Live on Sunday 10th January.

“Since we opened in 2012, we’ve been building up a reputation amongst the local music scene for providing a great experience for musicians and fans alike. We’ve invested in the very latest digital sound desk, and our highly trained sound and lighting engineers offer artists the reassurance they’ll look and sound their best.

“We’ve hosted a couple of high-profile gigs here already, with While She Sleeps and Funeral For a Friend performing to sold-out crowds in 2014 and 2015. We’re delighted an artist with the credentials of Marco Mendoza has chosen to kick off his UK tour at Real Time Live in the New Year.”

“I’ve played to stadium crowds of thousands, but nothing beats the fun of a smaller show where you can see the whole crowd and interact with them. I’m excited to be touring with my band in a series of venues including Real Time Live – this will be my first visit to Chesterfield after it was recommended by an industry contact.

“The material on this tour will cover a huge mix of grooves – Latin American, Afro Cuban and Brazilian influences, mixed in with some R&B and rock & soul as well as the more classic rock sound people may expect from me. I’m looking forward to mixing things up and can’t wait to experience the warm East Midlands welcome I’ve heard so much about.”

“I’ll also meet and greet with fans after the show, so if you’re coming, be sure to stick around for a photograph afterwards!”

In addition to the Marco Mendoza band, visitors will be treated to support from Beth Blade and the Beautiful Disasters, a melodic hard rock band from Cardiff. Influenced by Halestorm, KISS and Guns n Roses amongst others, this exciting band offers monster riffs, huge choruses and plenty of rock and roll attitude.

Advance tickets are priced at £12 each. To book, visit our secure online payment site now.