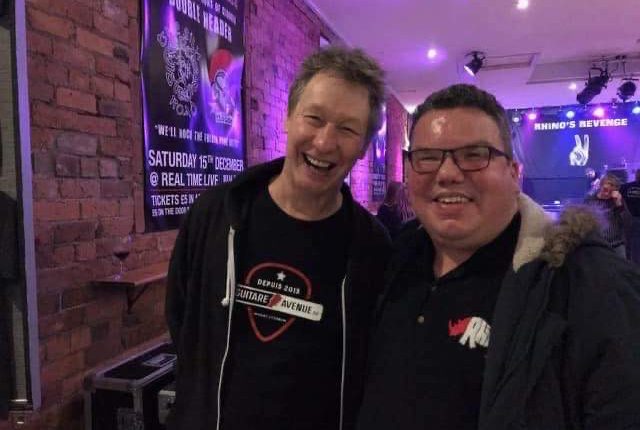 The whole team at Real Time Live is delighted to be selected as music reviewer Kev White’s Venue of the Year! His music review of 2019 can be read in full here – thanks Kev!

Wow, what a great and busy year 2019 has been for me. I have been to so many gigs this year and have had very little time off, which is good!

This year has seen some heavy losses with some greats going to the Great Gig In The Sky, the most recent being Ginger Baker. The death that really saddened me was the legendary drummer Ted McKenna who I had seen twice with the reformed Sensational Alex Harvey Band as well as with Band Of Friends. I actually had the pleasure of meeting Ted after a gig at The Flowerpot a few years ago and had a good laugh with him.

I have been fortunate enough to interview some musicians including all of Rhino’s Revenge, Bernie Marsden and Jackie Chambers (Girlschool/Syteria) for various publications. All of who are down to earth and really nice people.

2019 has seen me attending gigs in some old favourite venues (Flowerpot, Eleven, Rock City, Real Time Live) as well as venues that I had not been to before such as Bodega in Nottingham, Record Junkee and Church House in Sheffield. On the subject of venues, more and more are closing down, notable examples being The Maze in Nottingham and the Borderline in London. It goes without saying, use them or lose them.

My venue of the year is Real Time Live, Chesterfield. The team who run it are all musicians themselves and incredibly passionate about live music, the facilities at the venue are second to none. The atmosphere in the place is electric and attending a gig there is more like attending an event. Niki Stephenson and team do an incredible job.

Tribute bands are not everybody’s cup of tea. However, the musicianship involved in doing this has always impressed me. The groups have to be better than the bands that they are paying homage to. The groups that really stood out for me this year were The Cureheads, The Bryan Adams Experience, DS:UK (Dire Straits), The Upbeat Beatles, and Derby’s own U2:UK. These bands are so good at what they do and are well worth seeing live.

There have been some great new albums released this year. I am pleased to see Status Quo on form with new record Backbone. My album of the year is This Is The Sound by Ryan Hamilton and The Harlequin Ghosts. A friend told me about them and urged me to check them out live. The album is full of great songs and the band is superb live. I really think that they have the potential to be huge.

I had the pleasure of seeing Siobhan Mazzei again this year, her songs are really good and she is well worth seeing live. 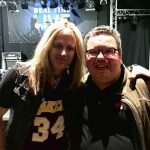 I have made some great new discoveries (for me) this year including Burning Rain (pictured here with Doug Aldrich), Pulled Apart By Horses, Gerry Cinnamon, Psychobabylon, Sophie and The Giants, the aforementioned Ryan Hamilton and The Harlequin Ghosts, Ben Miles, Zal Cleminson’s Sin Dogs, Yesterday’s Gone and Syteria. All of these are worth seeking out.

On the festival front, I only attended two this year. Y Not Festival was hit by bad weather yet again but the infrastructure was so much better and the line up of bands was very impressive. But it was a small one day charity music festival in Sheffield called Mogstock that blew me away. It was very well organised and the selection of bands was second to none. The team behind Mogstock do an incredible job and are already hard at work planning next year’s festival.

I have witnessed some stunning shows this year including Kaiser Chiefs at Rock City, Ryan Hamilton and The Harlequin Ghosts at Bodega, Franz Ferdinand, You Me At Six and Reverend and The Makers at Y Not, Rhino’s Revenge and Bernie Marsden (pictured) at Real Time Live. 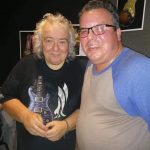 I have to give a special mention to Syteria from Yorkshire who really impressed me with their well crafted and catchy songs, they oozed confidence and great stage presence, the band is a force to be reckoned with. They really are one of the best live bands I have seen in a long time.

My gig of the year was at Real Time Live in August. Zal Cleminson’s Sin Dog was on another level, the music was a sonic assault and the band was on fire. The show was like nothing that I have seen before and was one of the most exciting gigs that I have ever been (and I have attended quite a lot in the last 30 years). It will be some time before I see anything that comes close.

Finally, as a huge fan of the film This Is Spinal Tap, I have witnessed some classic Tap-esque moments this year and have heard some great stories, none of which I will be repeating here. If you bump into me soon, I may tell you are story or two over a drink.

Please give Kev’s Facebook page ‘Where the music does the talking‘ a ‘Like’ – and thanks again Kev!