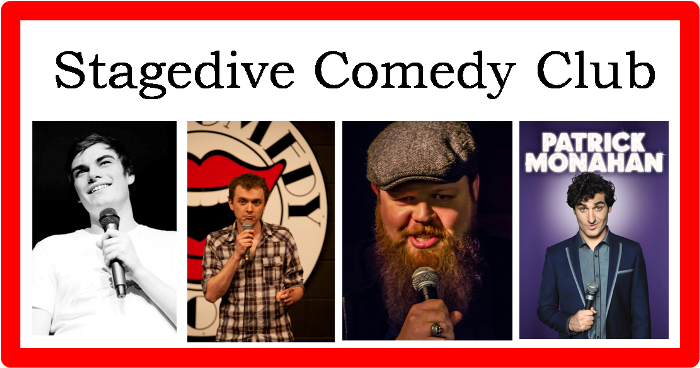 Line up for Laughs this March!

Real Time Live may be better known for bringing a wide range of live music to Chesterfield and the surrounding area – but the first Stagedive Comedy Club in October was such a success that another night of laughter will be kicking off soon.

Hosted by local comedian Jared Shooter, the line-up on Thursday 3rd March promises to be even bigger and better than its predecessor! So what’s in store this time around?

Chesterfield’s very own Carl Jones will open the night with an award-winning blend of improv and stand-up comedy. Carl is considered ‘One to Watch’ by the Nottingham Comedy Festival, something he hopes is in relation to his reputation on stage rather than away from it.

Next up is Tom King, winner of the Crooked Smile comedy award in 2015 and a talent to watch in 2016. With a unique wit and style, Tom is sure to become a star of television in the very near future so don’t miss the chance to see him in our intimate venue. 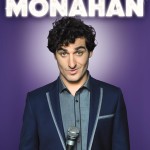 Topping the bill, we’re proud to announce the fantastic Patrick Monahan. With a number of high profile TV appearances under his belt, Patrick is known for his engaging topical and observational material, combined with a high energy delivery.

Named ‘Britain’s Hardest Working Comedian’ by Ents24 in 2015, Patrick is taking time out from his successful UK stand up tour to headline Stagedive in Chesterfield – and we can’t wait!

Tickets are selling fast for this evening of pure ‘laugh out loud’ comedy in Chesterfield, and cost just £7 each. Don’t miss out – put 3rd March in your calendar and book your tickets now!