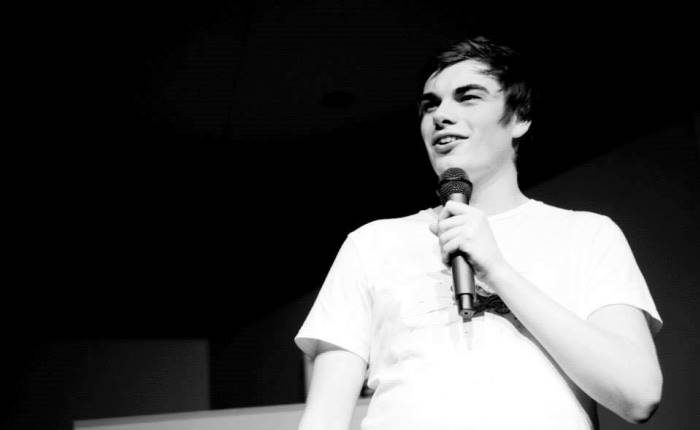 With not one but THREE top headliners, the evening is likely to sell out as Stagedive has grown steadily in popularity amongst Derbyshire comedy-lovers prepared for an evening full of laughs.

Opening its doors for the first time with a fully-seated comedy show back in September 2015, Stagedive is the brainchild of local stand-up comedian Jared Shooter.

Shooter is not only making a name for himself on the UK comedy circuit but is also responsible for bringing these exciting acts to our doorstep. As the resident compere at Stagedive, his role is to warm up the anticipatory crowd and introduce each act with his own inimitable style of comedy.

“The concept of Stagedive is about finding some of the best and up-and-coming talent on the circuit and putting them together in a mix of styles, resulting in a top quality event,” he explains.

“I’ve been performing stand-up for 4 years now, and have made some great contacts – so I thought, why not create regular nights to showcase their talents in front of a friendly audience, giving Chesterfield folk a great night out in the process?”

Chesterfield has become a favourite location for A-list comedians including John Bishop, Jimmy Carr and Jason Manford in recent years, with all three commenting how much they love the great welcome they receive each time they visit.  The regular Stagedive events at Real Time Live are now giving Chesterfield residents the chance to see some of the newest and funniest comedians in an intimate, relaxed venue.

Fresh and unique, it’s a pleasure to spend time in Harriet’s company as she weaves her surreal and hilarious tales. An inimitable raconteur, it’s easy to see how this new act is making a big noise. Harriet already has heads turning with her baffling tales of a misspent youth, and bewildering personal tales that are so ridiculous, they must be true.

With his unique brand of sarcastic observations and witty lines, Ignacio offers audiences a taste of what it’s like to be the outsider. Often combining music and comedy, he parodies famous songs to show cultural differences with hilarious results. With appearances on Spanish television, Ignacio beat thousands of comedians in 2011 to appear in the final 10 on ITV1’s ‘Show Me The Funny’ in the UK.

The final word must go to Jared Shooter:

“I’m really excited about this particular line-up and would encourage anyone who hasn’t been before to come along,” he enthuses. “With the unpredictable nature of comedy, anything can – and will – happen, often with hilarious results. Better still, Stagedive nights are always on a Thursday, so they’re ideal for getting you in the mood for the weekend!”

Tickets for this special anniversary evening can be purchased securely online at WeGotTickets. You can also click on our Facebook event to let your friends know you’re attending!