Tickets £8 ADV / £10 OTD
Featuring The 3 Sixties and The Heatwaves
From the magical sounds of American soul and its fantastic girl groups, to the British invasion of The Beatles, Kinks and The Rolling Stones, The Swinging Sixties Show will take you on a visual and musical journey through the decade that became associated with the birth of British pop culture, classic American soul and its iconic fashions. As the sixties began to swing, Twiggy modelled the latest short dresses by Mary Quant, Carnaby Street and The Kings Road were the places to be seen, while the Boutiques, discotheques & hip clubs were buzzing with the unforgettable sounds of the time.
The Swinging Sixties Show will transport you back to this incredible time as you witness the fantastic Heatwaves authentically recreate the timeless music of Soul & Motown girl group hits. Backed by an amazing band, you will hear fantastic renditions of artists such as Diana Ross & The Supremes, Martha Reeves & The Vandellas and The Velvelettes as their musical nostalgia ride takes you through the amazing songs, routines & costumes that were synonymous with this incredible decade.
As the show gathers pace the brilliant R&B / Soul group The 3 Sixties provide the audience with a chance to experience the music of the decade that brought us, Beatlemania, Mods & Rockers & the Psychedelic ”summer of love” to name but a few. Played with the passion and energy that the music would have provided its original sixties audience’s, The 3 Sixties deliver the classic sounds of the era with a sharp & dynamic swinging sixties style. 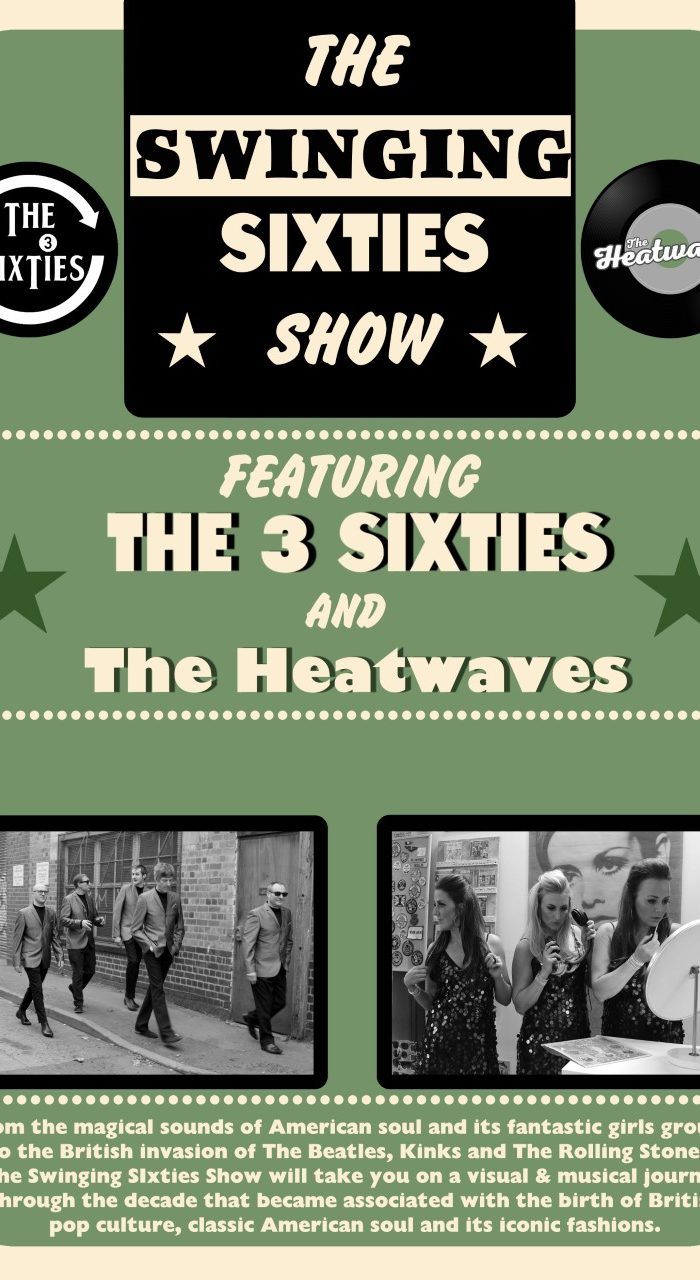