Tickets £8 ADV / £10 OTD
SWEET
SWEET (sometimes billed as THE SWEET) were a Glam Rock band that rose to worldwide fame in the 1970s, with their most famous line-up being: lead vocalist Brian Connolly, bass player Steve Priest, guitarist Andy Scott and drummer Mick Tucker.
SWEET45 are a tribute to this era of SWEET. Formed by the members of 70’s Glam Rock tribute band, GLAM45. Using no backing tracks or samplers, just four highly talented musicians with years of experience with a re-creation of the great SWEET live shows from the 70’s that fans know and love.
Playing alongside the likes of 70’s legends such as: Suzi Quatro, Slade, Alan Merrill and the Arrows, Showaddywaddy, Mud II, The Rollers, Rubettes, the late Alvin Stardust plus many more, members of SWEET45 have honed their playing skills for many years.
They have played auditoria, theatres, clubs, holiday camps, hotels, conference centres, armed forces bases, sports stadia and outdoor events, in the UK and Europe, presenting their professionalism and showmanship to several hundred thousand audience members at countless shows over the years. 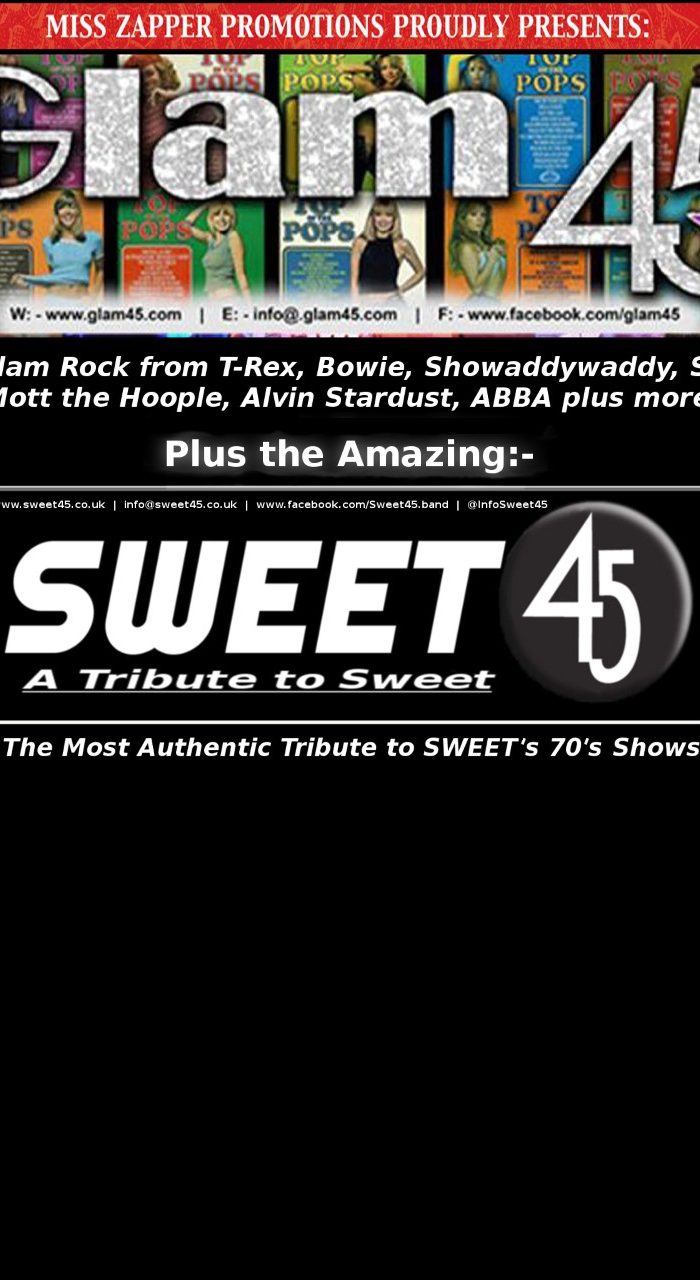