The legendary Rolling Stones were formed in London in 1962. The original line up of Brian Jones, Mick Jagger, Keith Richards, Charlie Watts and Bill Wyman was later added to, first by Mick Taylor and then by Ronnie Woods, both in turn replacing Brian Jones.
Universally known as ‘The Greatest Rock ‘n’ Roll Band in the World’, they have sold over 200 million albums worldwide, with hits such as ‘Satisfaction’, Start Me Up’, Honky Tonk Woman’ and Jumpin’ Jack Flash’, to name but a few – all known the world over. ‘The Stones’ are the UK’s No.1 and most authentic tribute to The Rolling Stones, bringing all the hits and timeless Rolling Stones tracks to the big stage – from ‘Satisfaction’ and ‘Jumping Jack Flash’, to ‘Ruby Tuesday’, ‘Start Me Up’ and ‘Brown Sugar’ – the Greatest Tribute Band in the World pays tribute to the World’s Greatest Rock and Roll Band.
With all the energy and charisma of The Rolling Stones themselves, ‘The Stones’ pay an accurate and faithful tribute to the sound and look of an authentic Rolling Stones show. Far from being simply ‘look-alikes’; though, ‘The Stones’ have the closest Mick Jagger look-alike on the scene, the group also pay great attention to the sound and feel of the music, all performed with the same accuracy, passion, energy and verve of the originals.
Complete with authentic vintage instruments, costume and mannerisms, the members of ‘The Stones’ are all experienced musicians in their own right, and the group has vast experience of the world of Festivals, Theatre, Live Music Venues and also Private Functions, tailor made to each client’s requirements.
Since forming in 2007, ‘The Stones’ show has grown into a full-scale Rolling Stones concert, leaving audiences mesmerised up and down the UK, Europe, and further abroad. The group have experienced audiences of over 30,000 people while headlining festivals, and also regularly tour Europe, embarking on Theatre and Festival Tours of Holland, Belgium, Germany and Spain.
‘The Stones’ perform the music of The Rolling Stones faithfully, accurately, and with all the excitement an audience expects from ‘The World’s Greatest Rock and Roll Band’ 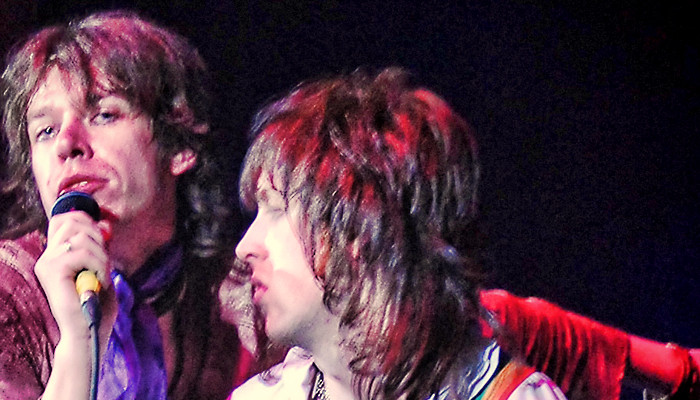