Tickets £7 ADV / £9 OTD
Headliner Nathan Caton
Stagedive welcomes you all to our 3rd birthday special! It all began back in October 2016 and what better way to mark 3 years of fantastic comedy than to bring Live at the Apollo star Nathan Caton to Real Time Live. With host Jared Shooter.
Nathan Caton is one of the most exciting young comedians on the scene. Gigging since the tender age of 19, over the last decade he has established himself both as a circuit headliner, and a name on TV and radio.
Within his first few years on stage, he had picked up various accolades and coveted plaudits including the Chortle Student Comic of the Year award and Broadcast Hotshot and written and starred in a pilot for Paramount Comedy (now Comedy Central) entitled The Nathan Caton Show.
Since then Caton has gone from strength to strength, wowing audiences at comedy clubs up and down the UK, and on his numerous TV and radio appearances, with his delightfully charming blend of personal and political comedy.
Support to be confirmed. 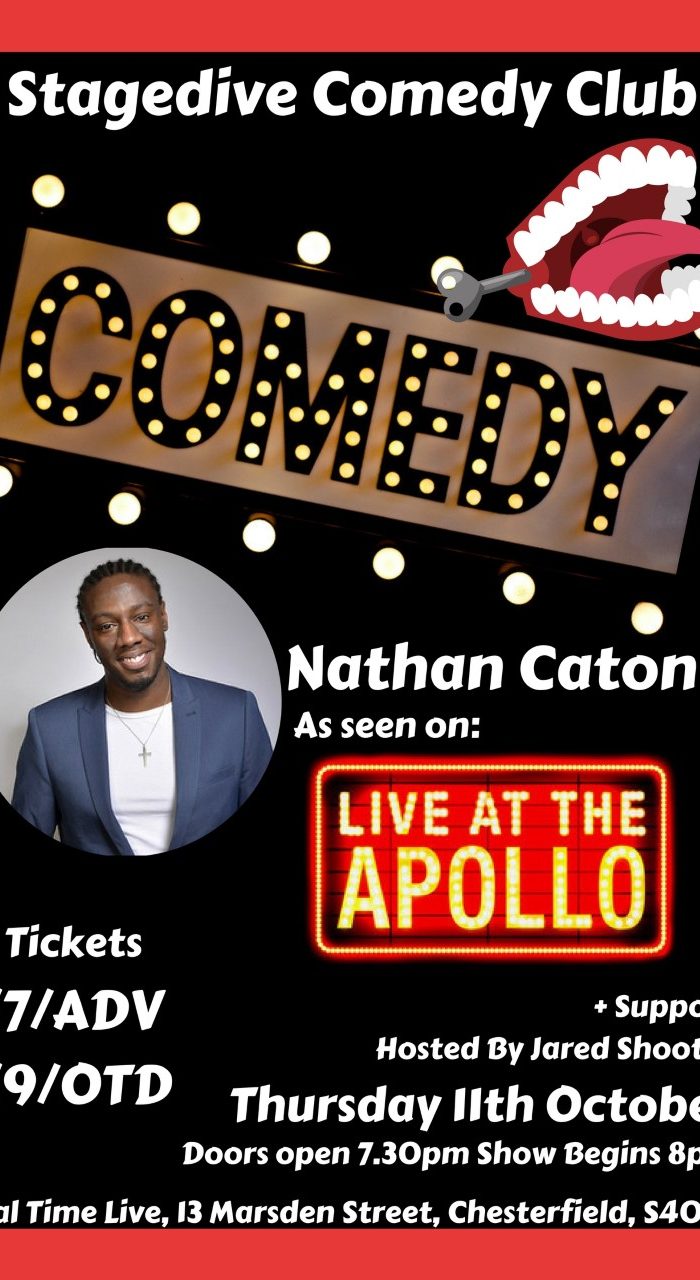