Tickets £8 ADV / £10 OTD (18+ event)
Rocking stages since 2014 Sons of Liberty are the UK’s hardest working and most entertaining Southern Rockers ….a band of seasoned musicians from Bristol and South Wales, drawn together by the shared love of the incredible music of the Southern States of America ….and the desire to share it with the people of the UK. An energetic band who deliver a 100% authentic and 100% original show.
After around four years of building a solid reputation as an all-southern-rock covers band, in 2017 a step up was made when the band set out to write and record original material to reach a wider audience, and also to vent some pent up creativity! The result was the highly acclaimed “….Shinola” EP – five tracks of home-ground hard hitting southern rock ‘n’ roll. The follow up EP “Aged in Oak” was released in September 2018, and voted #4 “EP Of The Year” by the huge Facebook Group New Wave Of Classic Rock. It also features the single “Damned If You Do” along with five other killer songs!
Since releasing the two EP’s Sons of Liberty have been gigging regularly across the UK and building a solid reputation, sharing stages with Skinny Molly (featuring ex-Lynyrd Skynyrd and Blackfoot members), Stone Broken and The Quireboys. Southern rock legend Jay Johnson has even opened up for the band. 2019 has already seen a triumphant performance at the Giants of Rock festival in Minehead, with a fan vote victory securing the band a return Main Stage booking for 2020, along with high energy sets at SOS (Manchester), Crazy Cowboy (Reading) and Hard Rock Hell CROWS (Sheffield).
Debut album “Animism” is set for release in October – eleven tracks of bourbon soaked southern rock, including a couple of epics!
With the classic twin guitar sound, some down-home harp blowin’, a couple of Stetsons and some battered old snakeskin boots, Sons of Liberty bring the bourbon-fuelled southern rock party to town – Hell Yeah! 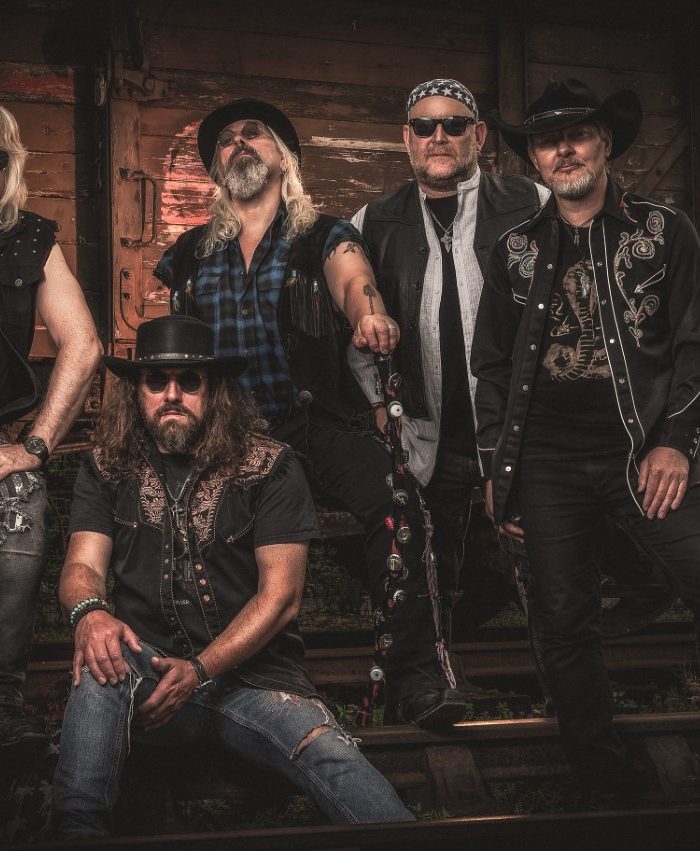