Tickets £10 ADV £12 OTD
The Small Fakers were officially launched on a chilly night in February 2007 at a central London shindig attended by fans and associates of the East End’s very own fab four, the seminal, sensational Small Faces!
The buzz in the audience that night was intense – there had never been a Small Faces tribute band before, mainly because the original band were so unique and special, and had, in Steve Marriott, a lead vocalist of astonishing power, recognised as being blessed with one of the most awesome voices in rock history. Could The Small Fakers even hope to come CLOSE to replicating the sound, and the look, of the Small Faces?
Cut to the end of the night – 200 Small Faces fanatics have been nailed to the wall by the Fakers’ debut performance. The band have ripped through twenty classic tracks, from Whatcha Gonna Do About It to Tin Soldier with effortless style and swagger, and the audience is almost delerious with excitement, and satisfaction. The Fakers have delivered the goods.
Today, The Small Fakers are established in the Premiership of tribute acts. They have built a terrific international reputation for themselves as the ONLY Small Faces tribute band in the WORLD, and have played to sell-out audiences in Italy, Spain, Switzerland and the Republic of Ireland, and all over the UK. They have played the Isle of Wight festival four times since forming, and in 2008, the day after headlining the festival with his fellow Sex Pistols, bass player Glen Matlock joined The Fakers onstage to perform what many people regard at the Small Faces’ ultimate track, their 1966 number one ‘All Or Nothing’.
In 2011, the band took the #1 Album ‘OGDENS NUT GONE FLAKE’ out on the road, something the Small Faces never managed themselves, for a 16-date tour of the UK. The narration for the tour was provided by Stanley Unwin’s son John, who appeared either on stage with the band or on a video backdrop, alongside projected psychedelic video imagery fitting to the story of the album.
The band have also performed with original Small Face Jimmy Winston, who claimed the Fakers were ‘much better live than the Small Faces were.’ and original drummer Kenney Jones – who also played with Rod Stewart and The Faces and The Who – when he joined the band for a rendition of ‘All or Nothing’ at Hurtwood Park Polo Club in 2012. He also praised the Small Fakers as being ‘Really great, absolutely spot on.’ Children, siblings and parents of the original band members have declared themselves Fakers fans too, with Ronnie Lane’s older brother Stan even claiming: ‘For those who never saw The Small Faces live, The Fakers are as close as you’re gonna get.’
With endorsees like this, it’s no wonder that The Fakers’ trajectory is still very much on the rise, with bookings coming thick and fast, and venues and audiences getting bigger and bigger. This year is set to be their most exciting year yet, with a host of new Small Faces-related ventures guaranteed to raise their profile even more and win thousands of new fans. 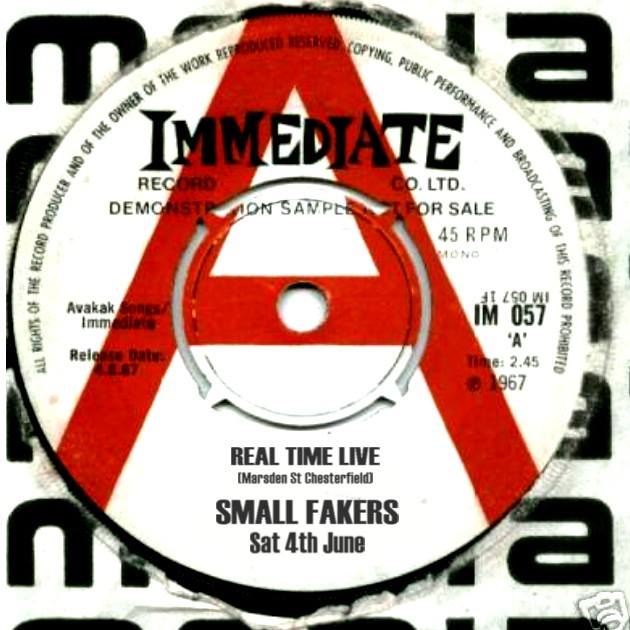