Biography
All star Ska band Ska-Boom! UK are the UK’s hardest working, authentic and exciting Ska music sensation – bar none! Formed in mid February 2008, a group of Teesside based musicians formed the band through a wanted advert in a local music magazine that had been placed by the drummer Matt. The band was put together through a genuine love of ska music and all things 2-Tone. After initially meeting fo…r the first time, the 8 lads decided that it was time to put Ska music back into peoples minds and back into Teesside, the North East and beyond, and set out to find a local rehearsal room. Rehearsals commenced less than a week later and got off to a great start, and the band have never looked back…..The band have now performed over 1100 shows since their formation in 2008, building them the flawless reputation they have today.

As the band members were all familiar with the Ska music format through a mutual love of the whole Ska and 2-Tone scene, the actual replication of the songs came very easily. An amazing amount of interest and support has been shown by many local people, bars, pubs and clubs and the whole nostalgia factor of the music and authentic sound and appearance of the band has generated the re-ignition of a scene that has been out of people’s minds for many years. We are a working class Ska band who are not out to make big money, but to go out, play our music and have fun. We have the authentic Ska sound of an infectious dance beat and rich brass section reminiscent of the Ska scene of the early 80’s.

The privilege of replicating songs by our heroes such as The Specials, Bad Manners, Madness and other Ska legends is a true honour for us and the actual resemblance of our sound to the original music score is uncanny. The tracks on our SoundCloud and demo CD were recorded by us 100% live, as is the many youtube videos we have on our official youtube page, recorded at many of our shows. NO modifications, backing tracks are, and never will be used at any of our appearances – THE BAND IS 100% LIVE!

We are a full time working band – we are musicians and this is our full time work, not a hobby. We are often imitated, but never bettered, and pride ourselves on our now legendary live show. Our aim is to put on a upbeat, entertaining show of party Ska music for people of all ages to enjoy, sing and dance to and to take people back to the original dance and party music phenomenon that is – SKA DANCE CRAZE! 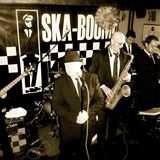