Tickets £8 ADV / £10 OTD (18+ event)
So why are we called sCOPYons? Hopefully the capital letters method of spelling the name will explain the name is just simply we are a COPY of the Scorpions …………Founder member Nige did have to explain this even to certain intelligent friends and members of the band.
The embers of The Scopyons were formed in late 2011 when 5 North West based musicians decided to get together a definitive UK based tribute to the great German Rockers The Scorpions. The band spent 9 solid months rehearsing until playing their first full shows in September 2012 and were quickly acknowledged as the premier UK Scorpions tribute and were subsequently offered the opportunity to go and play in Munich, Germany alongside Scorpions guitarist Matthias Jabs at the 5th Anniversary of his MJ Guitars Store in march 2013. Things have gone from strength to strength from there on in with bigger and better gig offers and over 5500 Facebook likes in the first 12 months.
Scopyons have a leaning toward the post Matthias jabs era (1978 Lovedrive up to the present day) but have added classic Uli Jon Roth era songs like We’ll burn The Sky, In Trance & Pictured Life to the set for 2014. We really could not have chosen a more perfect time to unleash the UK’s first full 5 piece definitive Scorpions tribute band.
Hellbent Forever
The UK’s DEFINITIVE tribute to Judas Priest were born in the land of British Steel and hail from just outside Sheffield. Hellbent Forever comprise of 5 guys with a love and passion for the music of the Metal Gods – JUDAS PRIEST. They perform songs right from the ‘Rock-A-Rolla’ album through to ‘Firepower’ and all points in between and have the setlist to prove it, often weighing in around the 3 hour mark if needs be. They have the Leather & Studs (all hand made replicas of Priest stage gear through the years), the twin guitar attack, the pounding rhythm section and of course, the screaming vocals – for ‘One hell of a kick-ass Heavy Metal show’ so get yourself out and see the guys in action, we guarantee you will NOT be disappointed – just ask the 1000+ that saw them at the 2015 Rock And Bike Fest on the main stage or the 3000 that attended the fantastic ‘Ploezerock’ in Vichte, Belgium in 2017!!!………. Rock Hard, Ride Free & Defend The Faith!!! 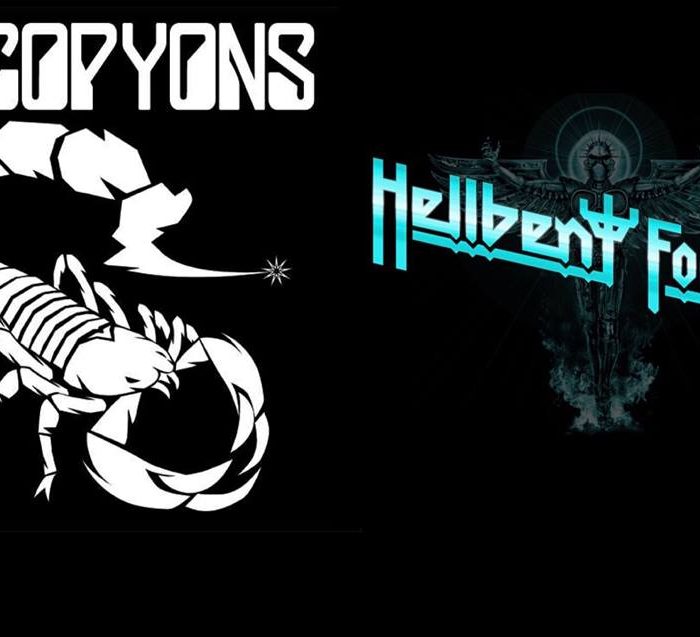