MENTALLICA Europe’s No1 Tribute to METALLICA

Tickets £8 ADV / £10 OTD
It was way back in 1996 when punk metal bassist Dave Hadley and thrash metal drummer Paul Preece first met in their local live music watering hole. That night, over a few beers, the foundations were laid for a band that would re-create the live sound of arguably the greatest metal outfit on the planet. An exhaustive search later, and lightening fingered axeman Steve Martin was recruited to the cause.
However, the dedicated three now faced their biggest challenge. How could they find a man who was brave enough to attempt to fill the large shoes of James Hetfield, one of the best known figures in world music today? Numerous newspaper ads brought one unsuitable candidate after another, and the three, who had always maintained that if they could not ‘do it right’, they would not do it, faced the prospect that the band might never get off the ground
And then one Sunday afternoon, Chris Jones turned up at the Birmingham rehearsal studios, sporting long Hetfield locks, a Fu-Manchu beard, and clutching a battered Explorer guitar. Jones proceeded to growl out hit after hit, hunched over his microphone, and the band knew that they had got their man.
Fast forward to the present day and only one band member remains from day one, Chris Jones.
Chris has been performing as James Hetfield for over 16 years now and possesses a voice as great as Papa Het back in his prime in the late 80’s and early 90’s.
Mentallica also features The Ripper on lead guitar as Kirk, Phil on bass as Rob and Joe on drums as Lars.
The guys cover all eras of Metallica’s back catalogue performing the hits such as Enter Sandman, Sad But True, One, Nothing Else Matters, The Unforgiven, Fuel, The Day That Never Comes… To Fan favourites such as Master Of Puppets, Seek and Destroy, Sanitarium, Battery, Blackened, Ride The Lightning, For Whom The Bell Tolls… To Lesser known album tracks such as Escape, Leper Messiah, Orion, Call of Cthulu… To some of Metallica’s many cover songs Die Die My Darling, So What, Am I Evil and Turn The Page.
With such a large catalogue to choose from Mentallica like to change set lists every gig, no two concerts will feature the same songs. The one constant when seeing Mentallica perform is the note perfect renditions of your favourite Metallica songs making them the ONLY Metallica tribute worth seeing.
WHEREVER WE MAY ROAM
Mentallica are one of the hardest working tribute bands in the UK today. The band plays all over the UK every weekend and abroad when the opportunity arises. The band have performed in the Middle East in Bahrain, and in several European countries – Belgium, The Netherlands, & Austria (in front of 10,000 screaming fans and the Alps!!!) 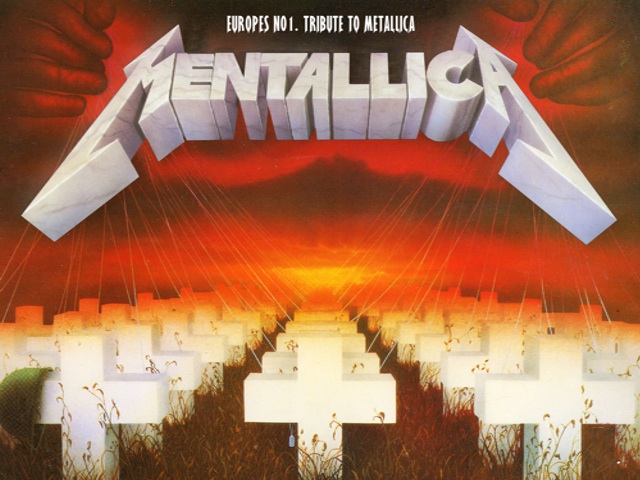