If blues based hard rock is your THANG …. Then this is for you!

Matt Long has carved himself a reputation as a stellar front man of multi award-winning British Blues band Catfish.  Alongside playing with Catfish, Matt is now also on the road with his own band, Matt Long and the Revenant Ones, with powerful new riff-influenced original rock material. Their phenomenal energy on stage, Matt’s powerful songwriting, Adam’s dark underbelly bass lines and Kev’s outrageously hypnotic drum skills make this a band which stands out from the crowd in a genre full of talent.

This new band allows Matt flex his songwriting muscles with a new project focused on rockier riffs and showcasing his impeccable guitar wizardry.

The band consists of talented and inventive Catfish band-mates Adam Pyke on bass and critically acclaimed ex-RavenEye drummer Kev Hickman on drums who is no stranger to the world stage. Kev has performed regularly across three continents and supported acts such as Slash, Deep Purple, Joe Satriani and The Darkness.

A 5 piece vocal harmony Southern/Country/West Coast Rock Band
Alan and Billy formed big River midway through 2008. Aynsley was recruited to give the band another strong vocal and additional Harmony Lead Guitar sound. Alan used to be with Country Crazy before forming Big River with Billy, Billy played with Reload for two years and also with Wishblowin Ash. Aynsley (a.k.a `Young Neil Young’) plays with Tramp Juice every so often, but is a solid and valuable member of Big River. Kenny is Big River’s bass player/vocalist who has been around for a while, mainly playing bass with the Screaming DTs. Colin (drums) helped the band out towards the end of 2016 and was asked to stay on as the band’s permanent drummer. Mal is our latest addition to the band on guitar and vocals, coming originally from a Blues Rock background and more recently Country/Folk Rock and Americana bands.
All of the band members have gained extensive musical experience playing a variety of styles of music in bands throughout the UK both in live and recording environments.
The agreed ethos was to create a vocally strong band with exceptional harmonies playing songs that are not usually covered by local bands. After 9 years as an outfit, Big River have a growing number of enthusiastic followers and the band look forward to increasing their appeal.
Yesterday’s Gone

If you like your Rock & Blues Dirty then you’re in the right place, and nothing could be truer for Yesterdays Gone. Composed of a group of inspirational musicians and skilful performers, the artists behind Yesterday’s Gone have earned their reputation as a talented band to look out for. From live festival gigs to studio sessions and more, they continue to touch fans around the world with their distinct and enjoyable musical style Southern Fried Blues Rock Straight up no chaser!! 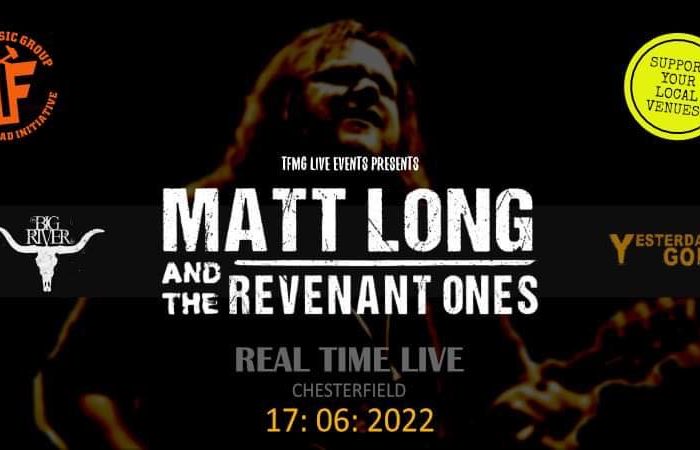