DOORS OPEN 2PM
The Credits… The band were originally formed in 2008 as a mod indie covers band, but we could not get the band on the go, so I decided to turn it into an originals act, I started song writing at the same time and 4 years later we released our first single, “London’s Calling”, in 2012. Our second single was an England world cup song called “For England”, released in June 2014, and received airplay with BBC Radio Sussex. The bands third single, a 4 track EP titled “Standing in the Shadows”, released in January 2015, has received extensive airplay all over the UK, from The Third Class Ticket Show, The Dean McShane Show, The Biscuit Boys Show, and The Glory Boys Mod Show, to name but a few. The band have had an amazing review written by Simon Wells, author of best selling book, “Quadrophenia – A Way of Life”, as well as a TV appearance on Mike Mendoza’s latest TV show, finally supporting “The Lost Boys” twice this year, who have supported Paul Weller amongst other named artists.
The Time Sellers… We are a rock/indie/psychedelic band from Chesterfield/Sheffield. Influences range from bands such as The Beatles, The Jam, Nirvana, The Stone Roses, The Smiths,
Forever Mod… We are a three piece band from Sheffield/Retford. Formed in the spring of 2013 out of pure passion for the music, Forever Mod play classic and revival covers in an energetic performance right from the very start.
The Cycle Paths… We are local purveyors of noise with classic boy band looks. Expect sporadic outbreaks of punk, 60’s garage and mod pop. No two shows the same or your money back.
The 48K’s… Living in the shadows of noisy neighbours Sheffield, Doncaster has its own Phoenix rising from the ashes of closed mines and Thatcher’s Britain telling stories of their lives and times. Whereas Sheffield has the musical heritage of Pulp, Arctic Monkeys, the Human League, Def Leppard Doncaster’s famous sons are Kevin Keegan and Jeremy Clarkson.after various personnel changes they have grown into their own shoes with relentless gigging and songwriting. Combining their collective influences and adding their own individual ingredients they are intent on bringing the guitar and vocal harmonies back to the forefront of modern music. Their love of their heroes The Beatles, The Kinks, The Stones, The Jam, The La’s, Led Zeppelin, Oasis, The Who, Ocean Colour Scene and Cast is the standard which they aspire to.
> The 48ks write tunes for the people. If they were not in the band then these are the boys they’d be rooting for. They’ve put the hard work in, they’ve worked for a living so people can relate to what they are saying. They all love a beer, a flutter on the gee gees, a night on the tiles, going the footy and their clobber but music is their passion. In March 2013 they released their self-funded debut album “For Every Day a Memory” to rave reviews and catching the attention of BBC 6’s Huey Morgan, and are due to support Cast later in the year.
The Mourning After… A passion for 60’s Garage/Beat/R n B was the catalyst that bonded The Mourning After in 1987.
This passion was evident at their debut gig at The Take Two club in Sheffield after which they were offered a residency playing with all the charting indie bands of the time…..Primal Scream,Psychic TV,Spacemen 3,My Bloody Valentine etc. gs spread Captain Sensible came to see for himself.As the band staggered off stage he immediately asked them to record an LP for his Deltic record label.
THE END……………..or maybe not? Out of the blue in 2008 Tryptic Records contacted the band and asked if they had any material for a single.The band who had remained friends recorded 3 tunes and followed it up with tours of France and Spain.
The Loop… sort of like a contemporary version of The Jam and I don’t mean that we are a ’79 cliché, we’ve invented our own feel for mod revival. A really talented band with well crafted songs, full of melody and energy, songs about being alive, playing our own songs with a passion.
Thee Wylde Fuzz Show… Wylde mod/garage/rock n roll from the West Riding of Yorkshire, kicking out the action like demented goons.
DC 10… We came, we saw, we played a bit, we fell out a lot, we made friends, and for one night we’re back !!!
Guest DJ’s on the day TBA.
Ticket prices £10 ADV / £12 OTD. 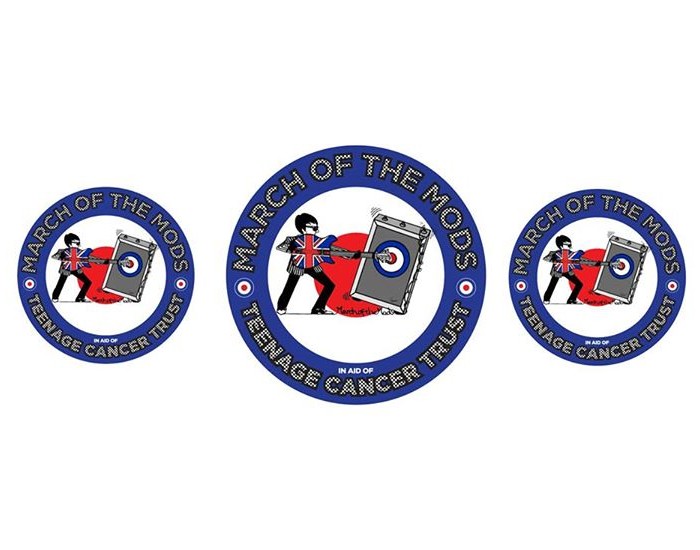