Tickets £15 ADV / £18 OTD (18+ event)
Live/Wire is The AC/DC Show. The unique six-man tribute to rock music’s greatest band AC/DC, complete with cannons, a wall of Marshalls’ and over two hours of High Voltage Rock ‘n’ Roll.
The AC/DC story is over forty years in the making, with two specific eras and the band cover both these as always with both ‘Dave’ Bon Scott and ‘Podge’ Brian Johnson present to take you on the Rock and Roll train for a night to remember.
Originally fronting AC/DC was legendary front man Bon Scott, a wild man of rock and roll, whose untimely death shocked the World in 1980. This event came at a time when the Band were sampling global success for the first time. Dave delivers songs
from the Band’s first half dozen albums from Dirty Deeds to Highway to Hell with Bon’s inimitable attitude, style and charisma.
Podge then dons the flat cap as Geordie vocalist, Brian Johnson, whom AC/DC turned to in order to fill the void left by Bon. Brian’s searing vocals Iced Back in Black, one of the best-selling rock albums of all time! Brian has been the voice of AC/DC for well over thirty years and like a good wine he’s matured with age. Podge brings the Live/Wire show bang up to date with classic ‘Brian’ songs and includes some tracks from AC/DC’s recent and hugely successful new album, Rock or Bust.
The thundering freight train of a rhythm section keep it all meticulously together with Dan as the metronomic Malcolm Young
on Rhythm Guitar, Ed as Cliff Williams on Bass Guitar, and the Monster behind the Drums Paul as Phil Rudd and Chris
Slade rolled into one.
With the Rhythm section ‘locked in’ the freedom of the stage and the music is given to Simon as Angus Young who gives an uncanny performance with meticulous detail in appearance, energy and his note for note heartfelt renditions. Simon honed his craft over many years and is an absolute livewire during his two-hour Axe fettling duck-walking extravaganza of bedevilled Rock and Roll.
The band aim to put you slap bang in the middle of the show with hit after hit, and you are expected to join in!
There’ll also be one or two gems thrown in for the aficionados! We’d be hung, drawn and quartered if we didn’t play all the classics and Back in Black, Rosie and Highway to hell are all there, the songs keep on coming until the cannons fire ceremoniously to bring the evening to a superb crescendo. If by this time you are still standing…we salute you! Long Live AC/DC, Long Live LIVE/WIRE and the AC/DC Show ! 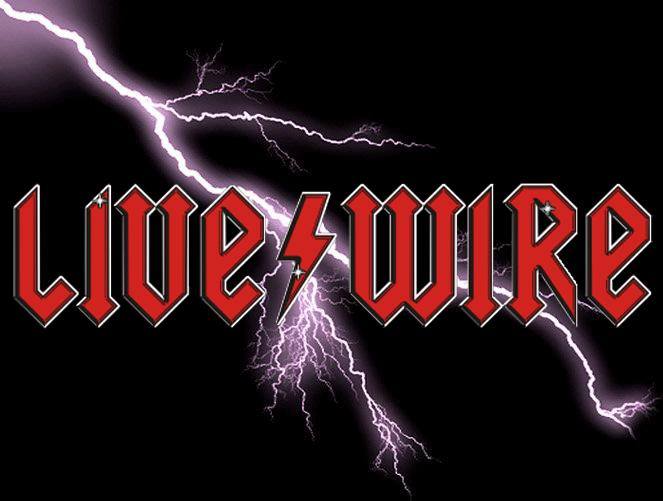