Jimi Hendrix tribute, Are You Experienced ?, support from Starscreen

‘ARE YOU EXPERIENCED?’ were formed over fourteen years ago and in that time they have become widely regarded as just about the best JIMI HENDRIX tribute show you will see.

Guitarist John Campbell bears more than just a passing resemblance and has drawn on his many years of playing in different bands and various styles to perfect his ‘Hendrix’ persona.

When he plays his strat behind his head and with his teeth, it brings a smile to the face of even the most finicky Hendrix fan. 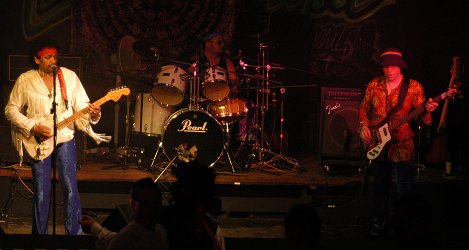