Tickets £8 ADV / £10 OTD
Guns Or Roses aka GoR have been around since their concept in 2009 just after the new year when lead guitarist John Sumbler put an ad out to start a Guns N’ Roses tribute band.
The only original members from that point are drummer Padraig Tansey and of course John Sumbler, but after some trials and tribulations, a couple of line-up changes, GoR are:
Martin Colley – Axl
John Sumbler – Slash
Dermo – Duff
TBC – Izzy
Padraig Tansey – Matt
Shawn – Dizzy Fuckin’ Reed
The band have been noted as being the most entertaining GnR tribute on the circuit and have wowed audiences from London to Norway, Manchester to Bulgaria. These guys are international jetsetters as well as UK favorites without a doubt.
John Sumbler is arguably one of THE top Slash impersonators on the scene, recreating each riff, solo and lick to the note. It has to be seen to be believed, and up front with Martin Axl Colley, these two are a dynamic force to be reckoned with. Backed by three other superb musicians, GoR are up there with the best for sure!
Playing everything pre-dating the Chinese Democracy album, GoR will hit you with a setlist which alters slightly each gig, but you’ll get the faves and hits such as Paradise City, Sweet Child, It’s So Easy, Knockin’ On Heaven’s Door and Mr Brownstone as well as tracks like You Could Be Mine, Pretty Tied Up, November Rain and My Michelle. You won’t be dissapointed. 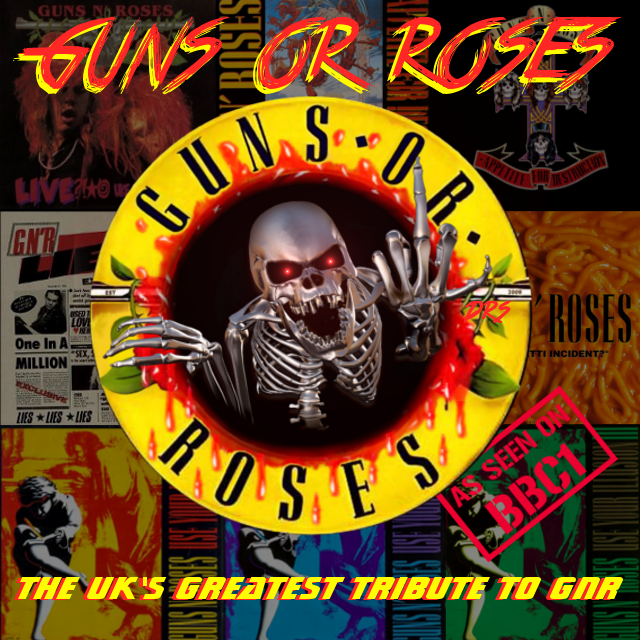