Tickets £18 ADV / £20 OTD (18+ event)
TWO LEGENDARY HEAVY ROCK ACTS UNITE!!
GIRLSCHOOL
Girlschool are a British rock band that formed in the new wave of British heavy metal scene in 1970s and frequently associated with contemporaries Motörhead. They are the longest running all-female rock band, still active after more than 40 years.
Originally formed in 1975 from a school band called Painted Lady, Girlschool enjoyed strong media exposure and commercial success in the UK in the early 1980s with three albums of ‘punk-tinged metal’ and a few singles.
They maintain a worldwide cult following and are an inspiration for many female rock musicians.
ALCATRAZZ:
Alcatrazz is very pleased to welcome well-known vocalist Doogie White to the fold for all live 2021 shows.
With neo-classical “Shred Lord” Joe Stump on guitar, founding members Jimmy Waldo (Keys) and Gary Shea (Bass), plus the addition of Doogie White, Alcatrazz is offering a high energy 100% LIVE metal show covering the Alcatrazz classics plus selections from Doogie’s own work as a member of the Michael Schenker Fest and Ritchie Blackmore’s Rainbow.
This is a metal supergroup in the true sense of the word.
Alcatrazz’s latest album “Born Innocent” was critically acclaimed and sold extremely well around the world in 2020.
Now with a renewed sense of purpose and finally all members pulling in the musical same direction the band are ready to finally establish themselves as a potent force in the hard rock and heavy metal world. 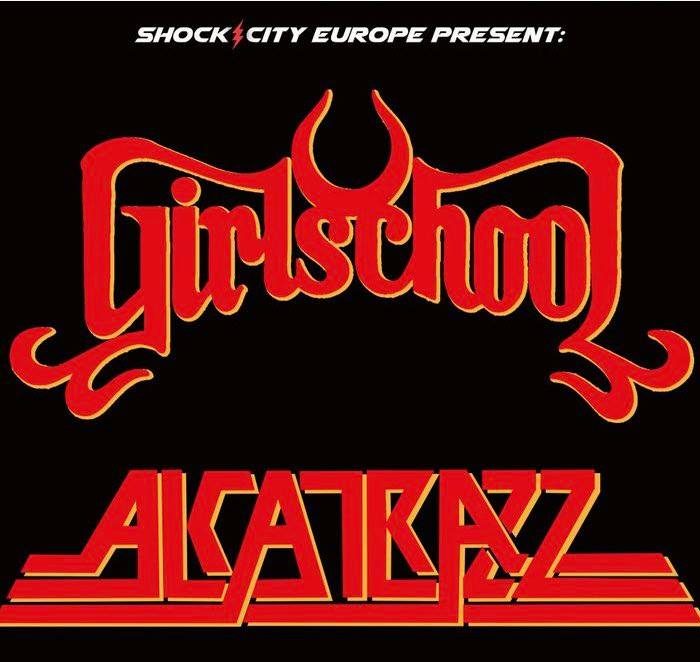