The band has evolved over the years; from the early existence in 2007, it now sits with a settled line up of solid musicians who truly gel to recreate the sound and vibes of Cooper throughout the decades. Expect to be hearing authentic versions of early classics such as Killer, 18, Schools Out to more current tracks like Bed of Nails, Brutal Planet and I’ll Bite Your Face Off.  Alice Cooper himself found out about the band and personally invited them to a show in Germany, where they got to meet Alice and even swap t-shirts.

Since then, word and reputation of the band continues to spread and  in 2013, ‘Gallus’ himself was invited to guest sing with Blue Coupe, featuring the multi talented Bouchard brothers, Joe and Albert from Blue Öyster Cult and Alice Cooper band legend himself Mr Dennis Dunaway.
Gallus Cooper continues to build bigger and better shows to keep the nightmare alive, selling out numerous venues throughout 2012/13.

So be prepared for an evening of nonstop shock rock if Gallus Cooper hit a town near you on their 2014 tour as we will give you a very, very warm ‘Welcome to our Nightmare’.
So why are they called sCOPYons? Hopefully the capital letters method of spelling the name will explain the name is just simply we are a COPY of the Scorpions …………Founder member Nige did have to explain this even to certain intelligent friends and members of the band. 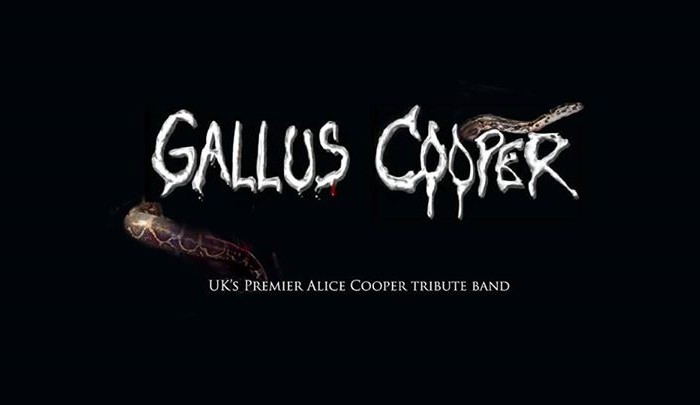