solo acoustic guitar album featuring highly developed Baker originals plus the standard ‘Cherokee’. Baker’s background includes extensive playing associations with the Canterbury scene (Phil Miller’s In Cahoots for instance) with a parallel teaching career as first study electric bass tutor at Birmingham Conservatoire. Baker opts for the twin approach of using a decade-old Spanish classical guitar and a vintage 1960s semi-acoustic electric Gibson for this recording made in Chesterfield during 2012 and 13. Issued on the largely classical music First Hand Records label you’ll find Metheny-like American pastoral, echoes of the delta blues and strong flamenco flavours here. With plenty of room for Brazilian samba and bossa nova flavours the overriding impression is not that it’s as forbodingly eclectic as that range might suggest, and Life Suite has an internal logic and a quiet warmth to it that’s ultimately rewarding. SG 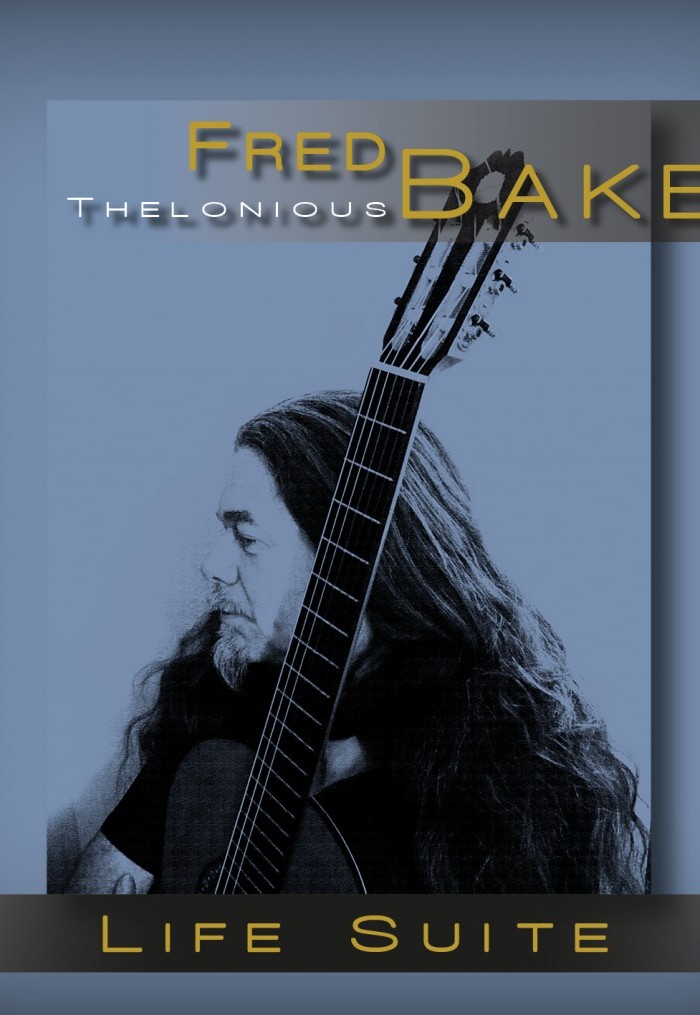