Ewan Dobson has established himself as one of Canada’s most brilliant and exhilarating guitarists, having won first prize in many guitar competitions across the country. His impressive list of credentials include winning the Grand Prizes from both the Burlington Rotary Fall Music Festival and the Pickering Rotary Music Festival where he emerged victorious, after having competed against the top prize winners of all of the other disciplines. In addition to dominating the provincial competition circuit, Dobson has made his mark nationally having represented Ontario twice at the National Finals of the prestigious Canadian Music Competitions (CMC) and having been awarded the top prize in guitar.
Time 2 from his second album became his most successful song. It became a viral video hit on the internet acquiring millions of views. The video has been specially featured on numerous media websites across the internet (ie: http://www.reddit.com/, http://www.ebaumsworld.com/, http://www.collegehumor.com/ to name but a few). The song reached #1 on the iTunes charts in Finland, Germany and Sweden. It also reached #2 in Austria, #3 in Japan and the Netherlands, #4 in New Zealand and #5 in Denmark.

The development of Ewan Dobson into the artist that he is today has been an eclectic journey to say the least. After humble beginnings with his first electric guitar playing heavy metal and hard rock music to the structured discipline of his classical training, Dobson has expanded his repertoire to include Bluegrass, Metal, Canadian folk, Techno, Trance, Video Game and Contemporary Fingerstyle music. The culmination of all of these diverse influences has fuelled his creativity to compose his own unique brand of music and resulted in creating the captivating artist that he is today. Endorsed by Guptill Music in California, Dobson uses their ProPik Fingertone split-wrap finger picks. Ewan Dobson is a young artist of exceptional technical virtuosity and refined artistry that will enthral audiences wherever he performs.
Ewan recorded two albums back to back; “Acoustic Metal II” and “12-String Guitar.” Acoustic Metal II ups the game from the previous Acoustic Metal I, bringing with it heavier riffs and more evolved song writing. 14 new tracks guaranteed to captivate those who appreciate the heavy acoustic guitar and dual guitar harmonies. Acoustic Metal II is played entirely with a flat-pick and does not contain any fingerstyle guitar unlike Acoustic Metal I. It ranges from technical acoustic death metal to progressive acoustic metal and what could be described as “video-game acoustic metal.”

The album “12-String Guitar” contains four new fingerstyle songs as well as re-recordings of some of his previous songs on the 12 string guitar including a duet (multi-tracked) version of the hit song “Time 2.” The extra strings give a new flavour to his already existing works that are normally played on a standard 6 string guitar. This album was dedicated to Leo Kottke, the American fingerstyle guitarist who pioneered the aggressive 12 string guitar style and influenced numerous fingerstyle guitar players around the globe 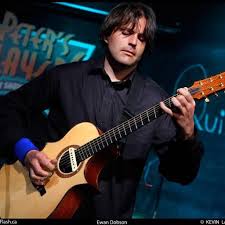